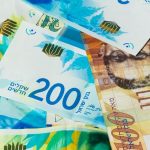 According to Matthew Kalman, reporting from Jerusalem:

Ogen, a non-profit bank, will offer affordable credit to poor clients. One-fifth of Israel’s population cannot get affordable loans from Israel’s five largest banks, which provide 95% of all trade credit and 65% of all commercial credit, according to a 2015 Milken Institute report.

Ogen’s creation became possible after the Bank of Israel in June 2018 greatly reduced capital requirements for new banks and allowed them to gain licenses for limited retail services, such as consumer loans.

Ogen developed from the Israel Free Loan Association, which since its founding 30 years ago has distributed more than $320 million in zero-interest loans to more than 60,000 low-income clients, using a $55 million fund collected from charitable donations.

As a bank, it will be able increase its assets to $500 million in five years, said Sagi Balasha, Ogen’s chief executive officer and a former Israeli Finance Ministry official.

Using funds from investors earning 1% on deposits, Ogen will lend to “the poor, small businesses, and people that cannot get their first apartment,” Balasha said in an interview at his Jerusalem office Aug. 4. “In order to get deposits we need to become a bank. We are going to be the first ever non-profit social bank in Israel.”

In Ogen’s previous incarnation, despite its low-income clientele, the default rate was only 0.7%. That history gives depositors confidence their money will be secure, Balasha said.

The bank will be a wholly-owned subsidiary of its parent non-profit foundation. Instead of the free loans it has been giving for 30 years, the bank will lend at 5% interest – cheaper than the double-digit interest rates that Israel’s established banks often charge borrowers with riskier credit profiles. Ogen’s services will be available via digital platforms, obviating the need to rent costly office space. “Even five years ago, we would have had no chance,” Balasha said. “The digital environment was not developed enough.”